Built in 1937, Coleridge School Cambridge has suffered from lack of investment and a poor reputation. Through a new alliance with two other schools in the city it has headed off threat of closure, and instead established a significant programme of investment and expansion. 5th Studio were asked to establish a strategy for that reinvention and to build a better relationship between the school and its urban location. The school was originally designed to operate as two schools, with separate girls’ and boys’ entrances. In the absence of a coherent site strategy, additions to the school over time had tended to address particular needs in an ad-hoc way. A number of outlying new buildings, combined with the original divided school layout means that there were problems with circulation and a lack of key infrastructure to orientate, and provide the common ‘glue’ of the school An analytical study led to a Strategic Estate Plan for the school. The strategy proposed the intensification of the school’s centre, rather than the extension of its edge. The strategy allows the school to focus investment in a coherent way over a period of about ten years, recognising that funding is likely to be led by the ability to seize opportunity, rather than reliance on singular capital funding. This work led in turn to a design proposal for a new ‘heart’ providing a sports hall, main school hall and shared educational infrastructure. 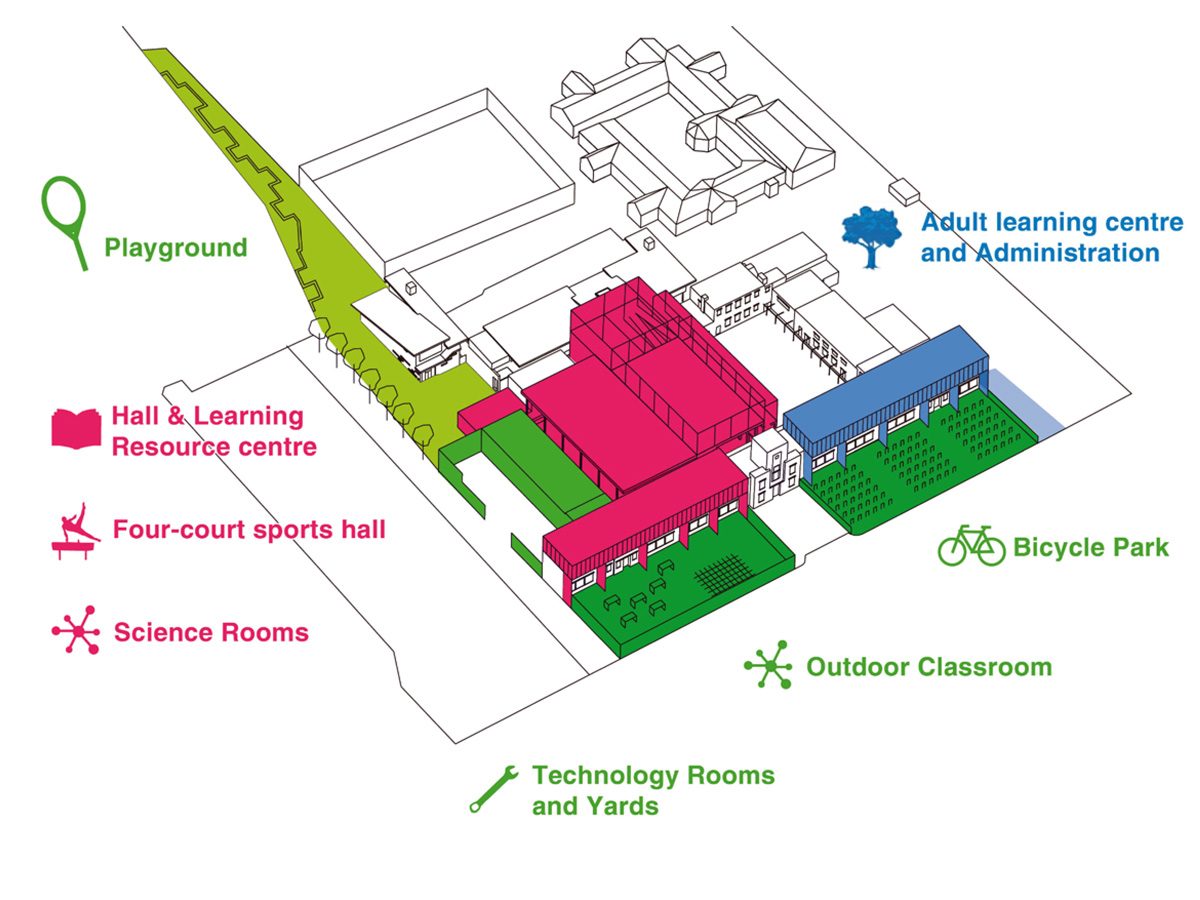 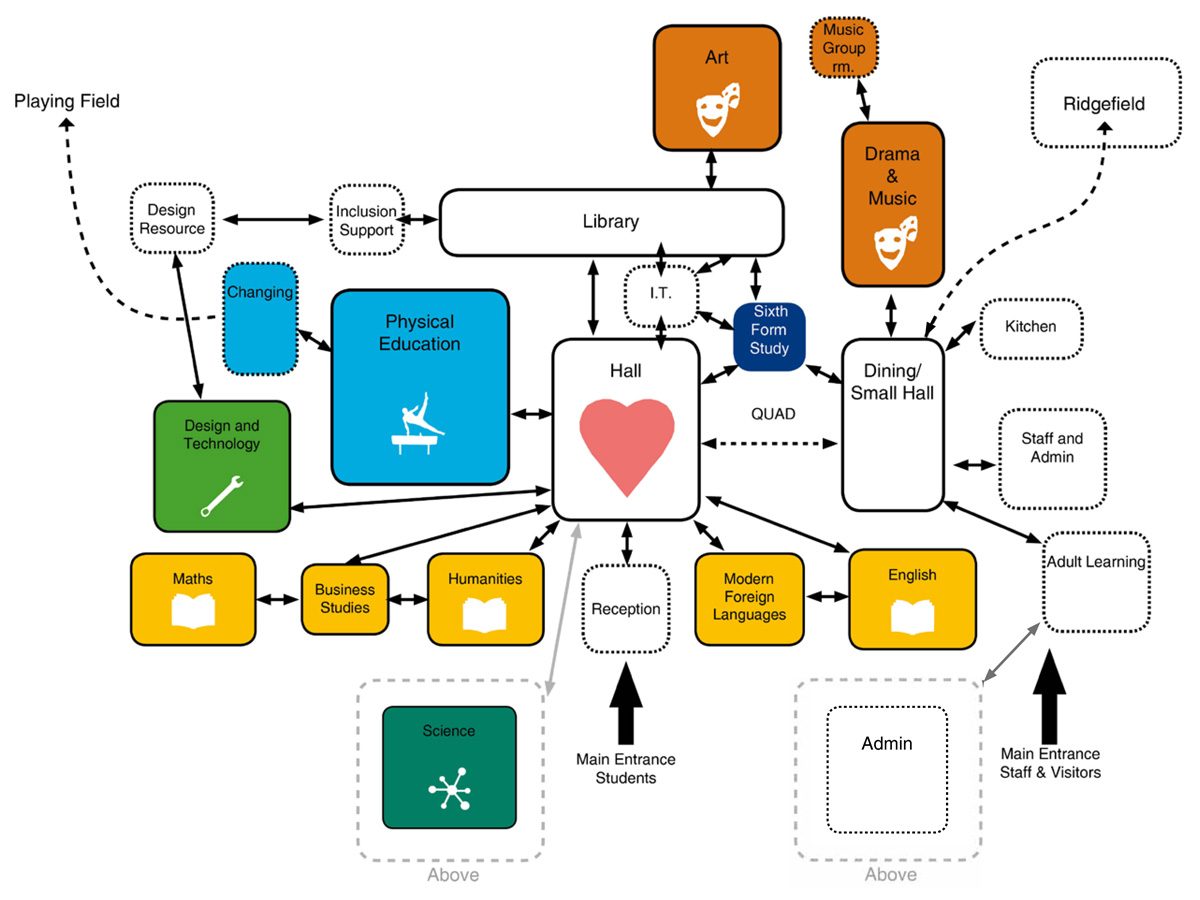 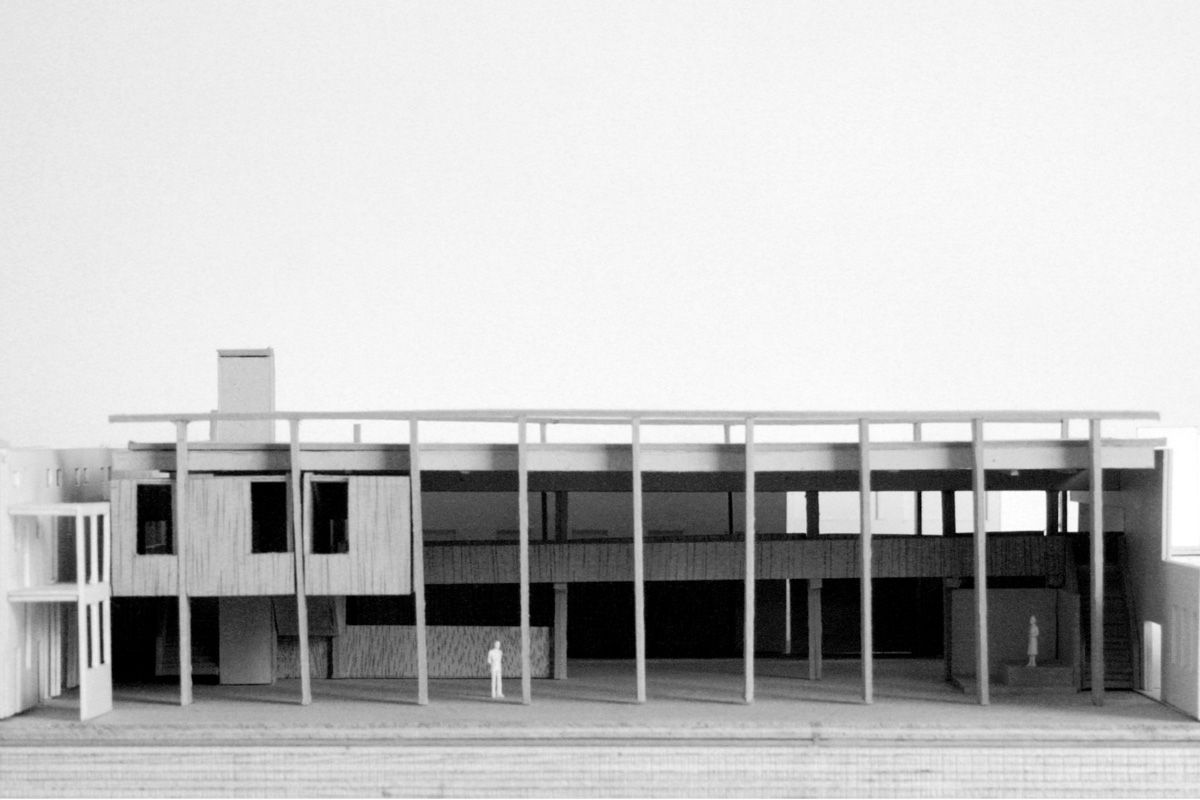 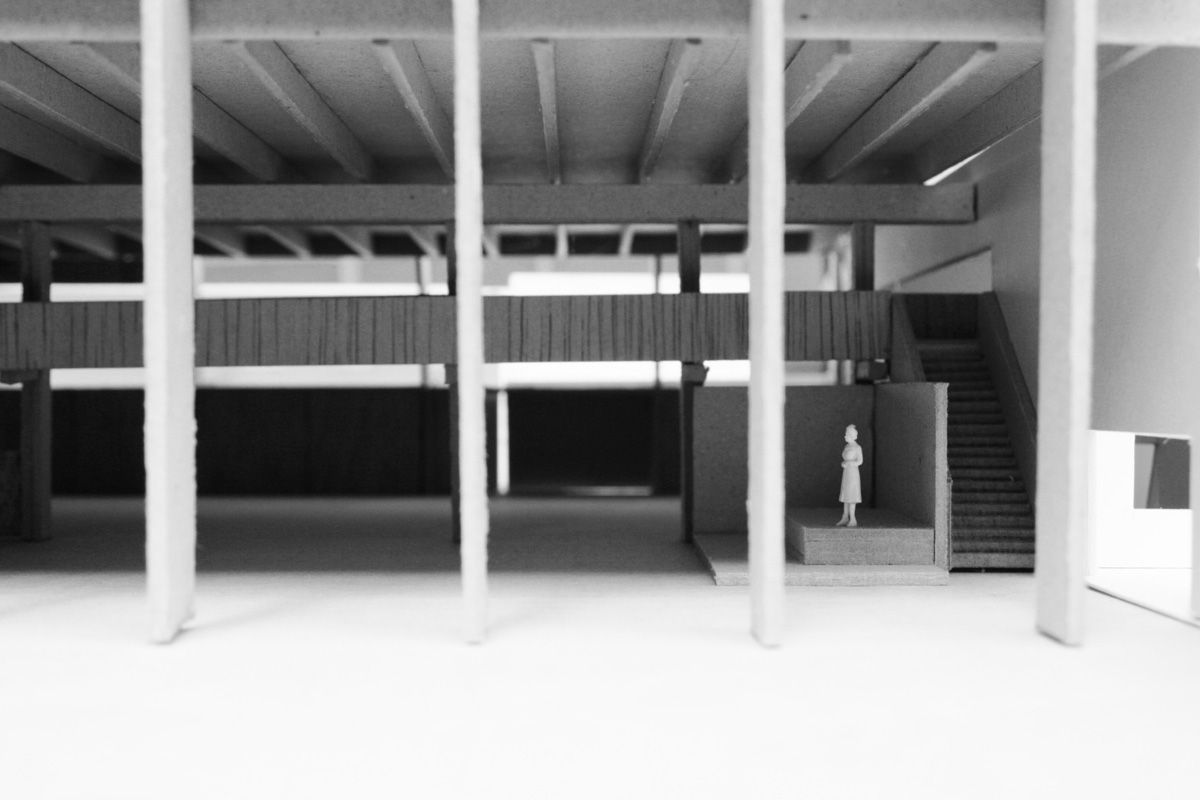 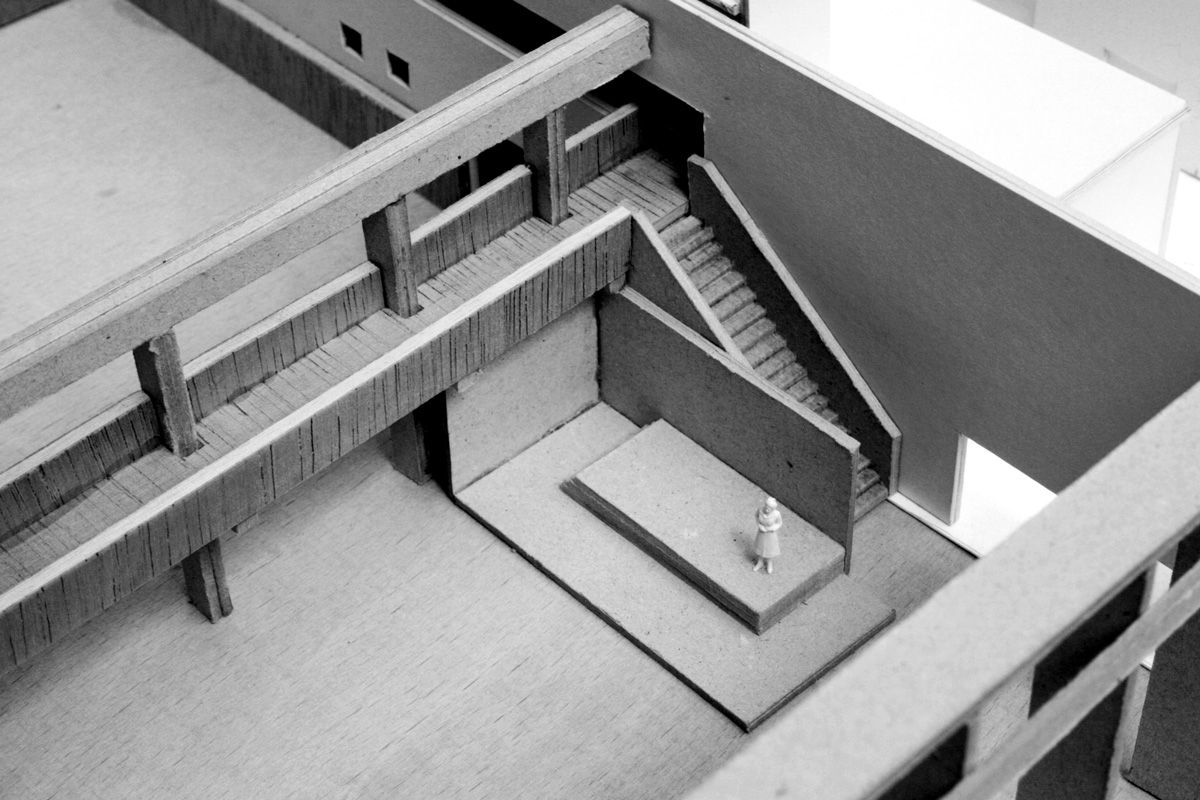 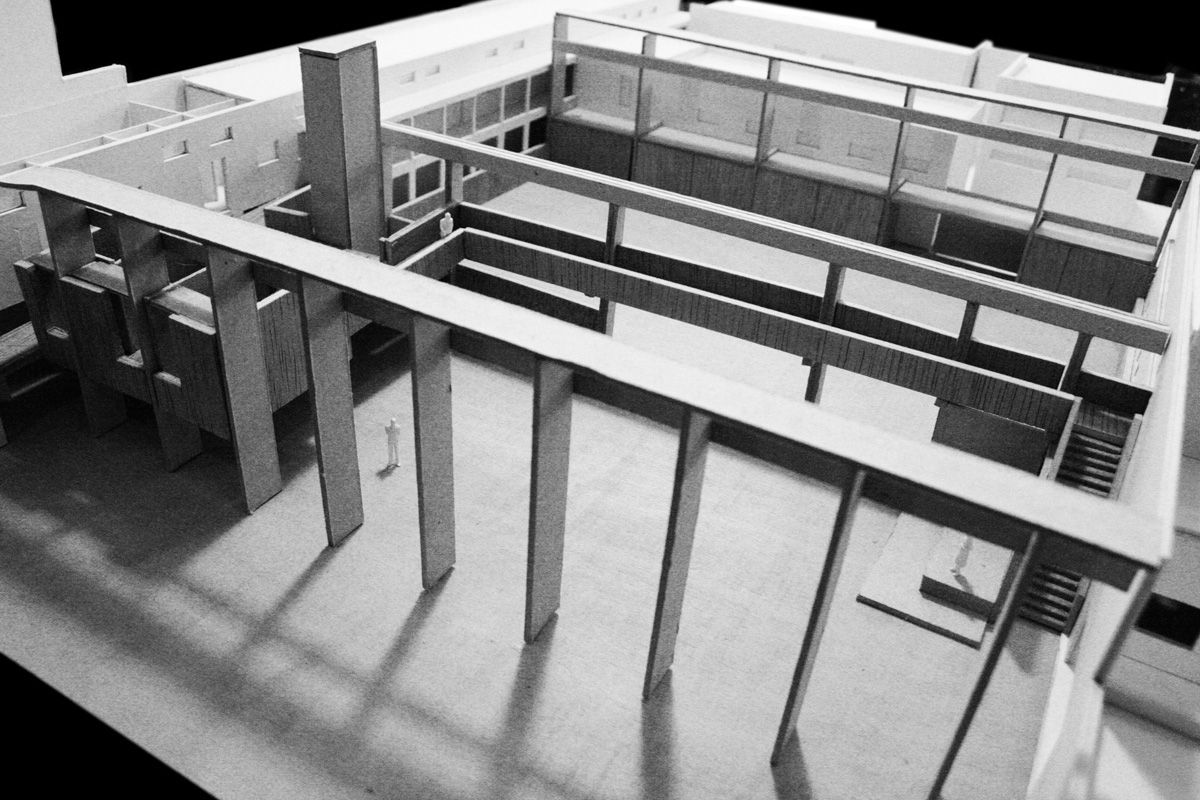 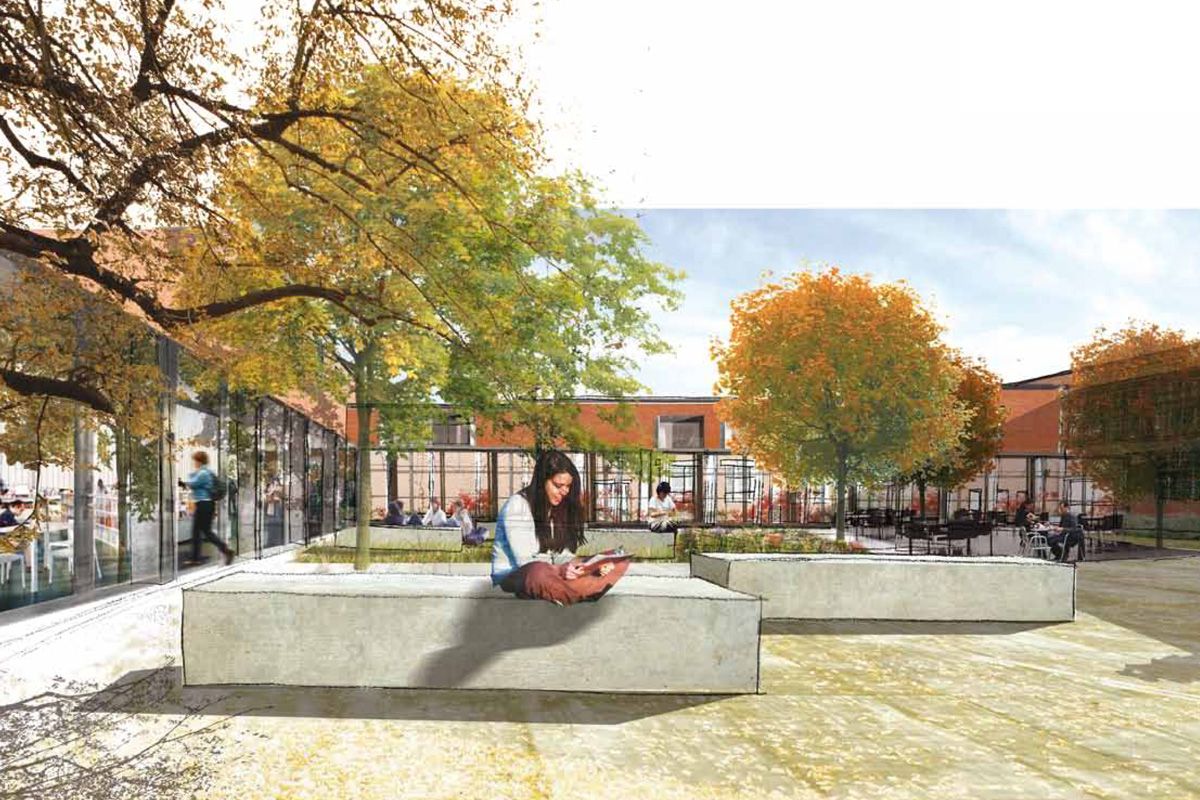 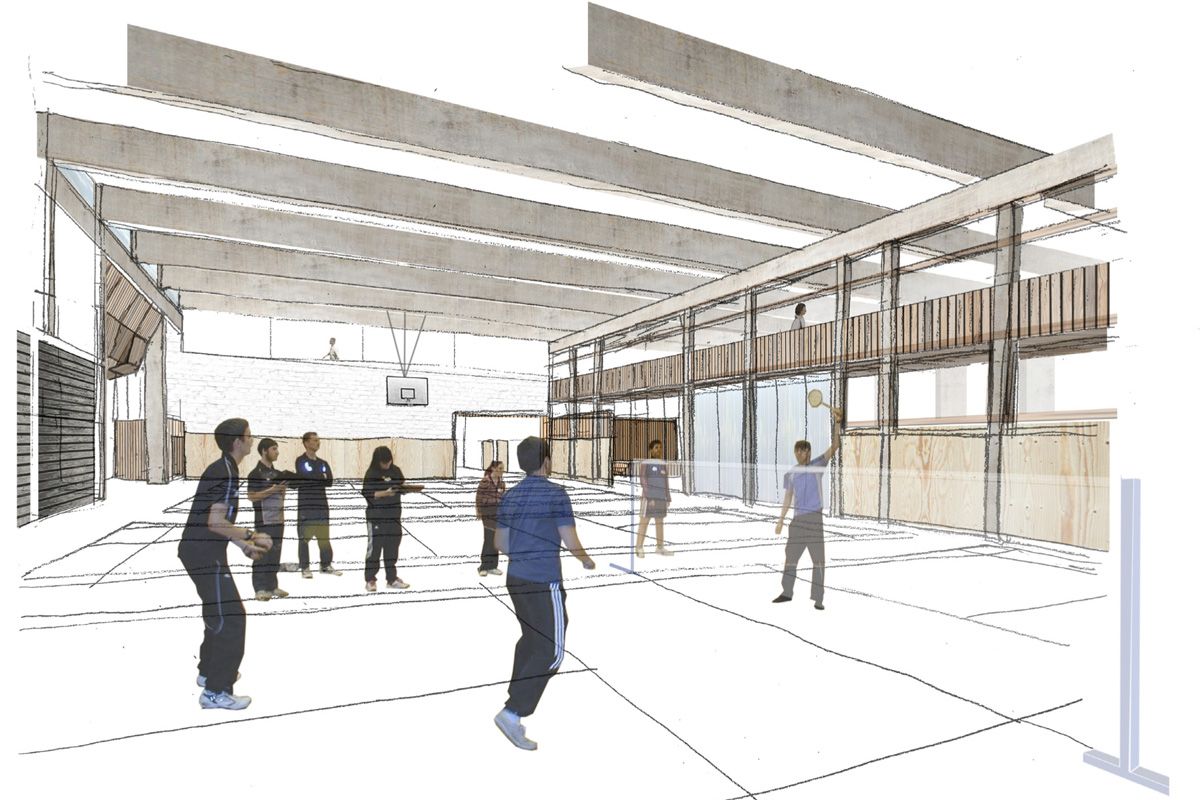 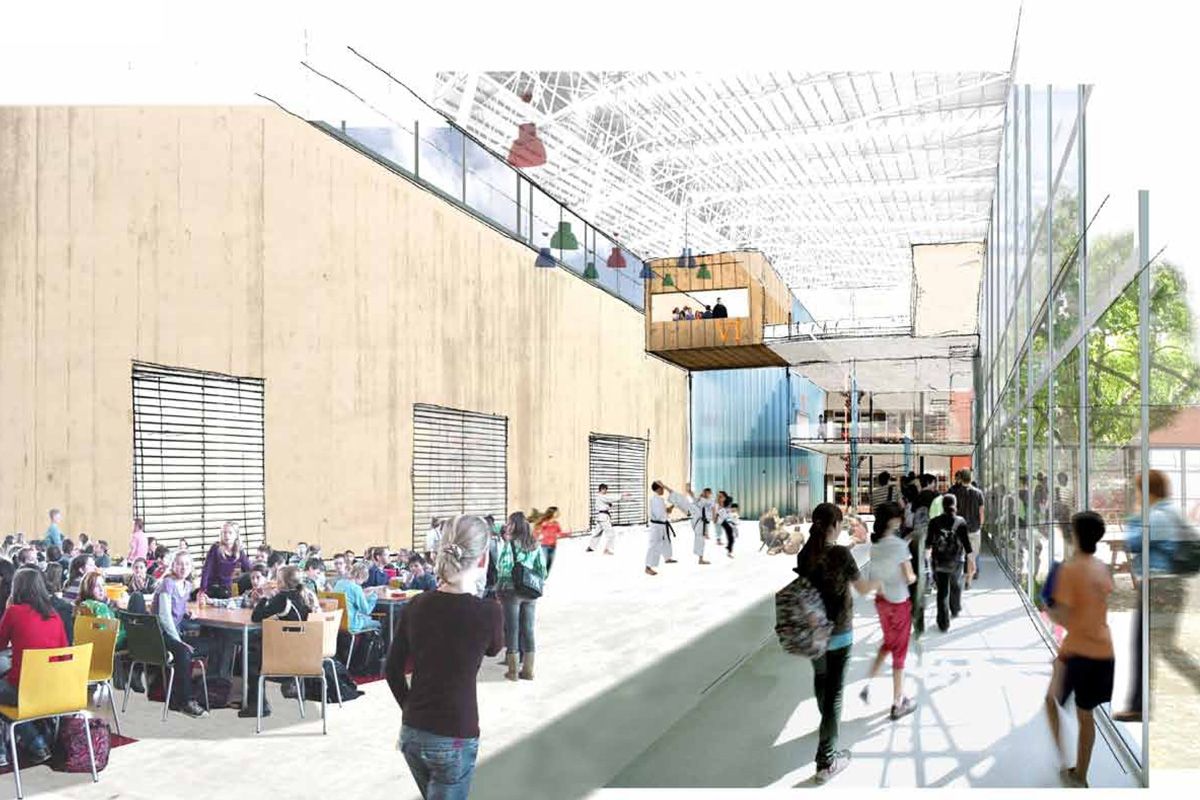 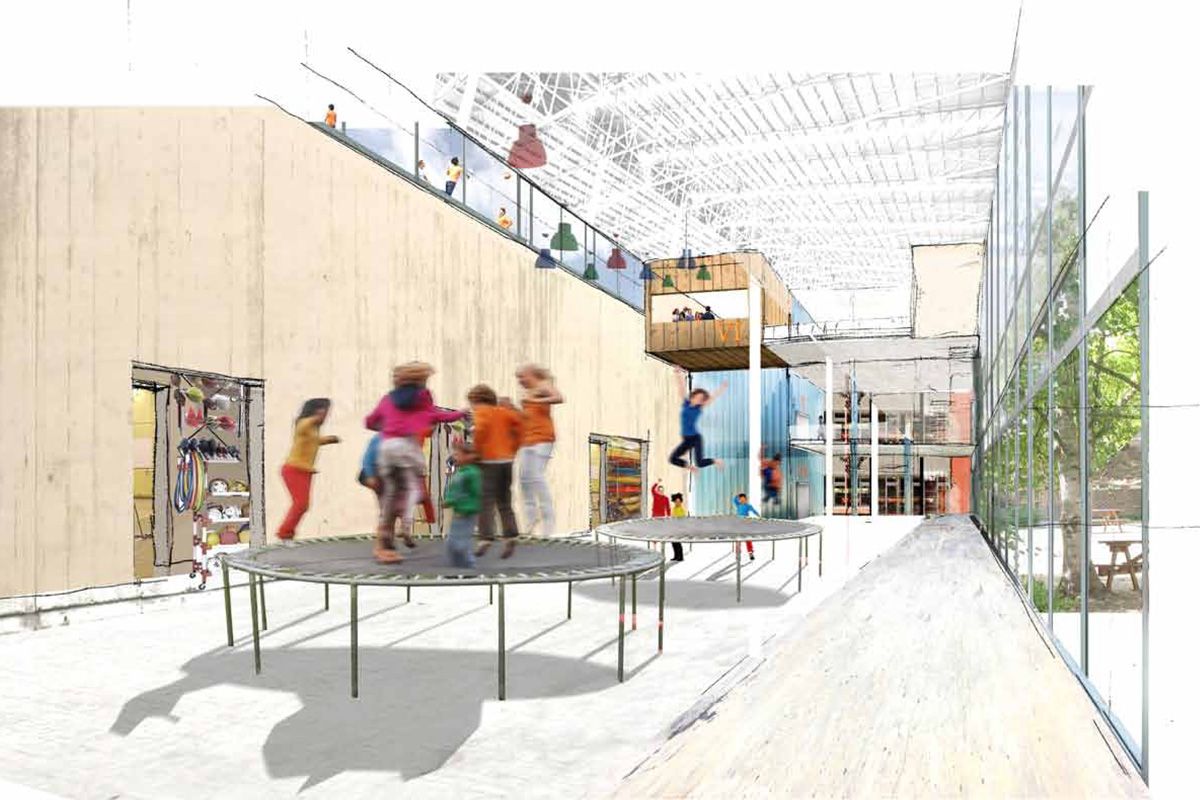 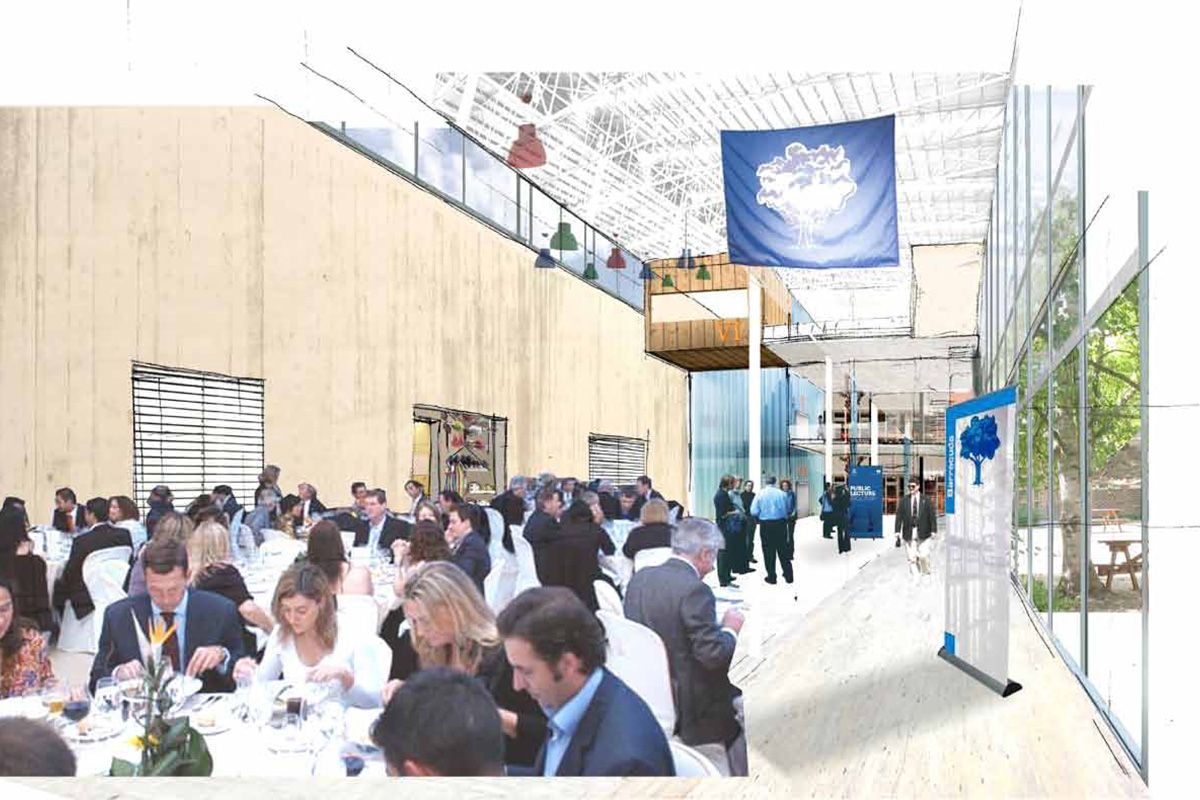 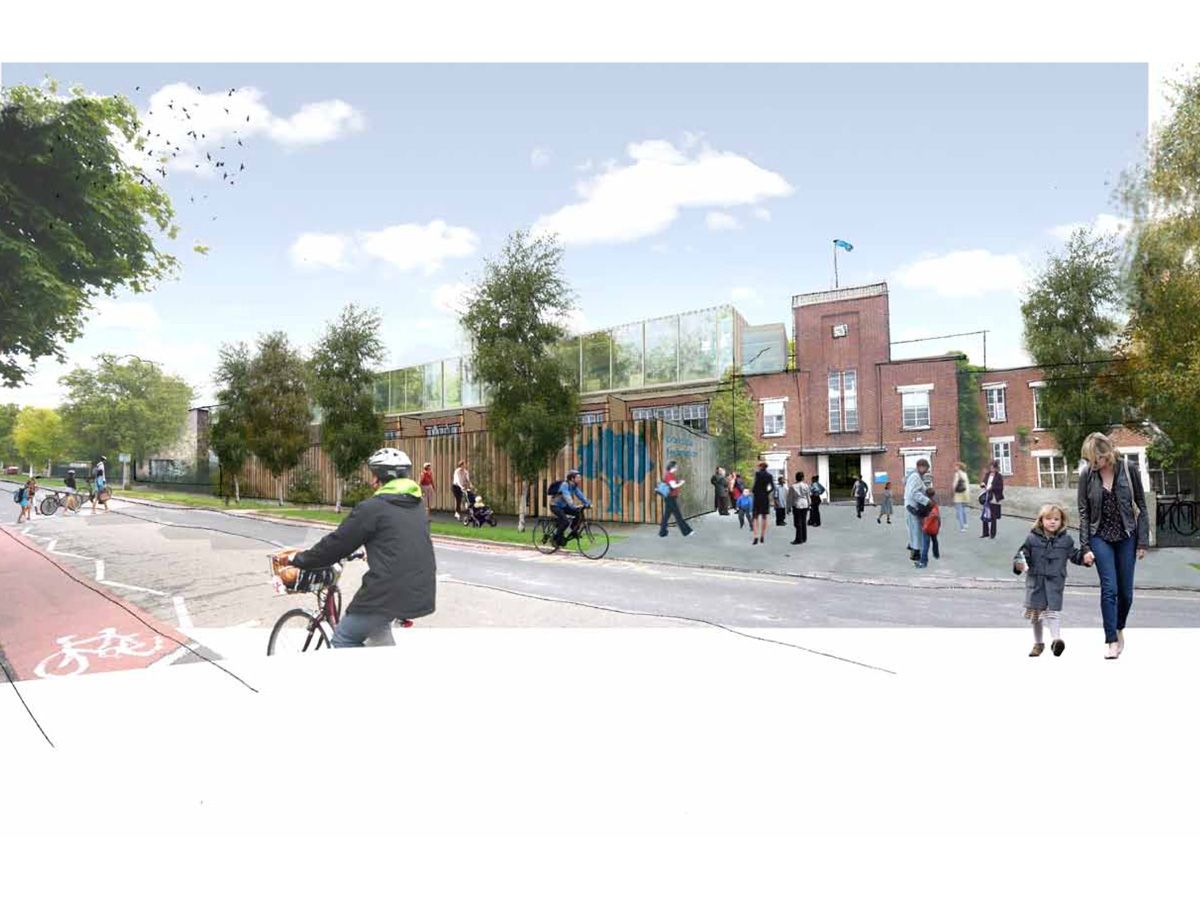 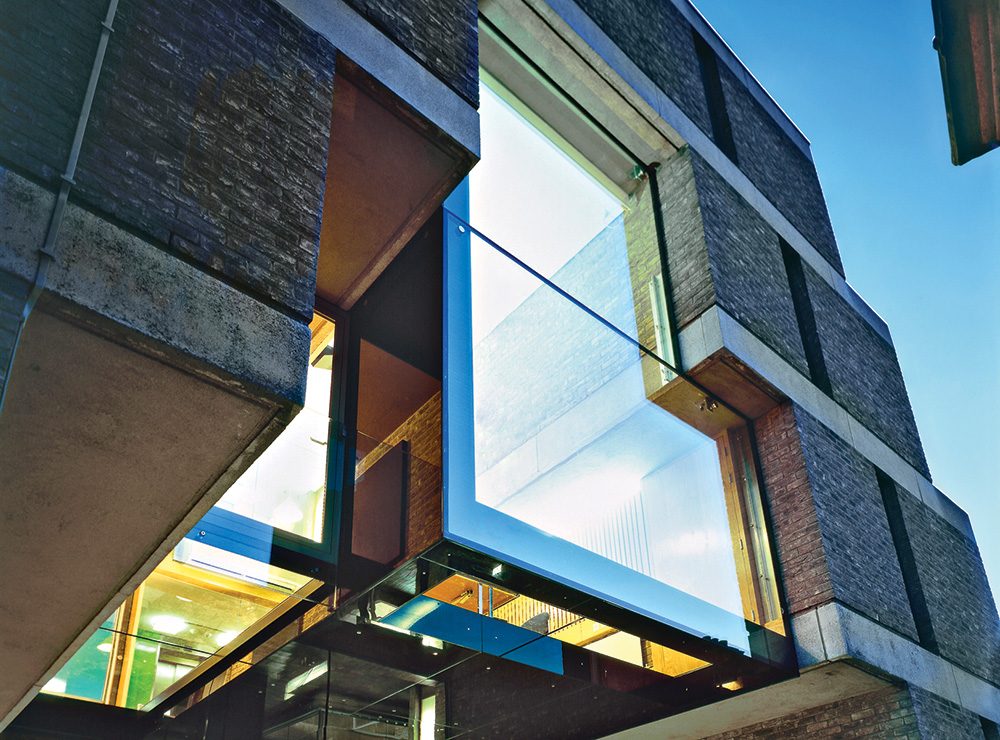 Working across a range of scales, from estate studies, to carefully made contemporary interventions within existing buildings 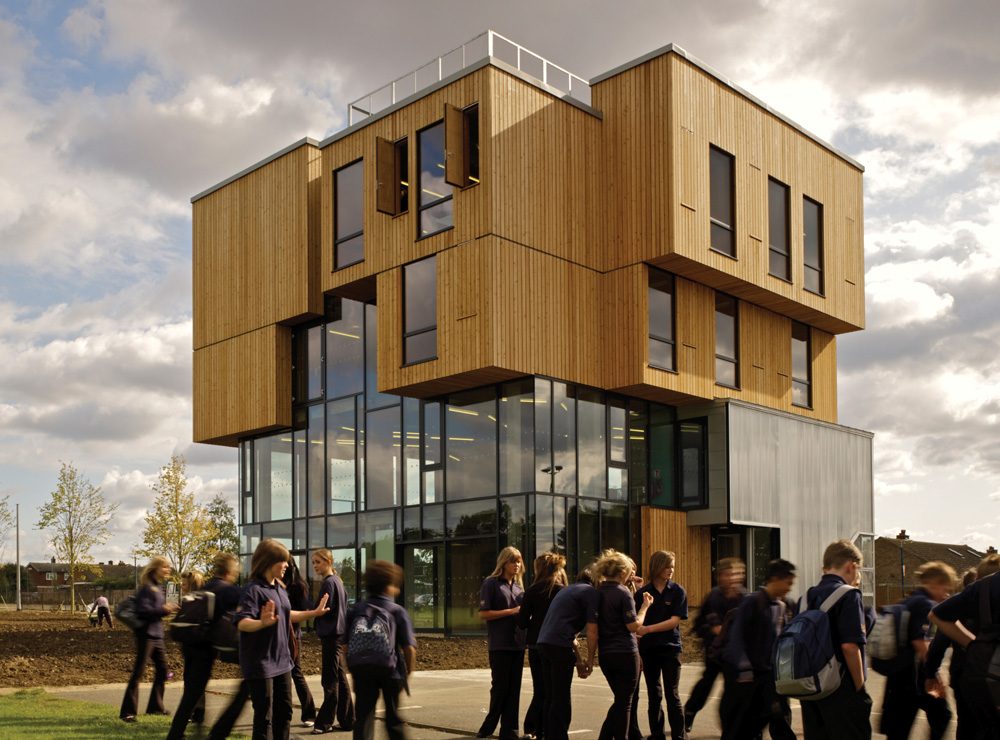 Creating start-up workspace for around 20 fledgling creative businesses, as well as links with a number of education and training institutions 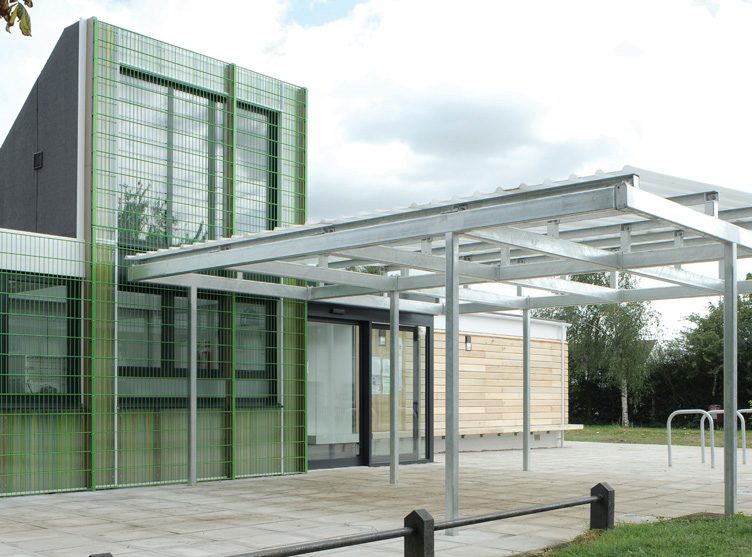