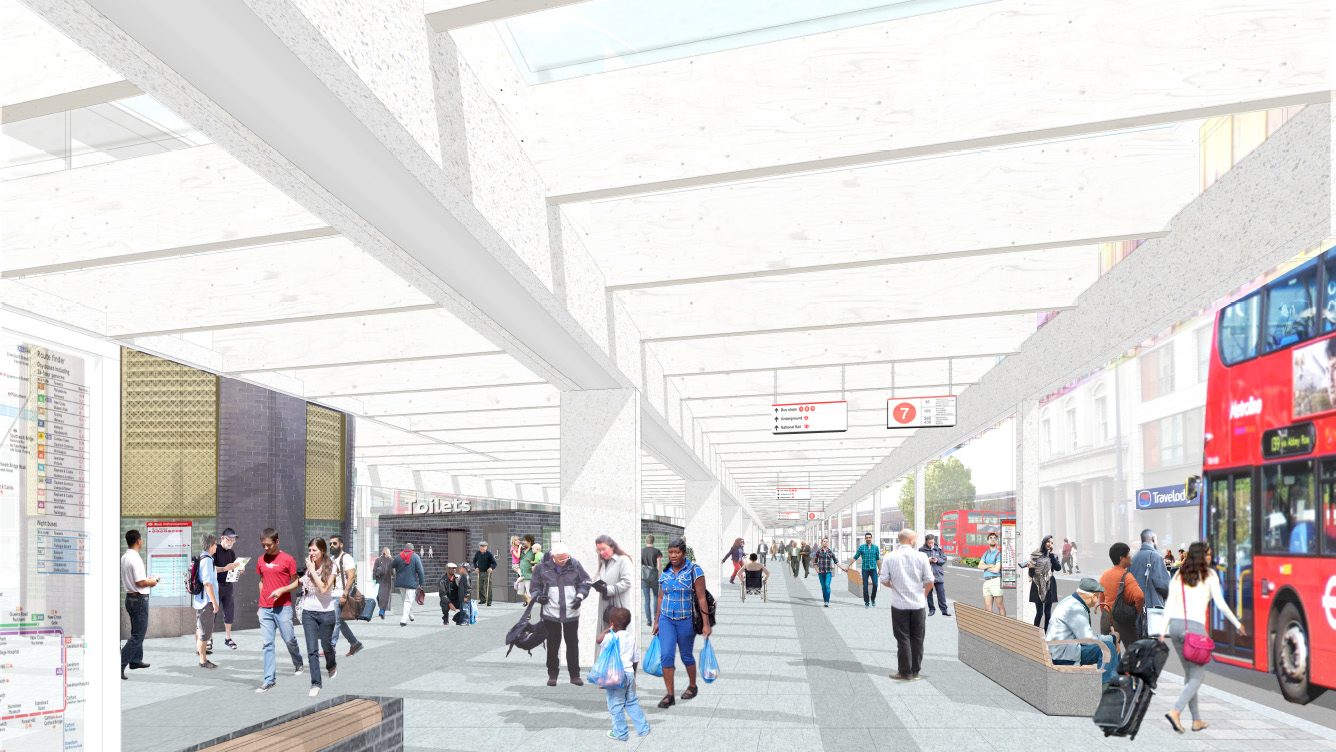 5th Studio are designers of a new transport interchange and public realm improvements at Vauxhall, London, which together seek to re-establish the lost space of Vauxhall Cross: an important threshold to central London.

The project is catalysed by the replacement of the car-dominated road gyratory, established by transport engineers in the1970s, with a two-way highway arrangement. The project integrates this more urban road plan with one of London’s busiest bus station and interchange with rail, riverboat and underground services. The project also creates a new set of public spaces, including a station square.

A network of public realm spaces in the wider Vauxhall area will create a unified and connective landscape with the transport interchange at its heart. Our work builds on the rich character and history of Vauxhall, and this set of spaces and streets is intended to work as an urban ensemble, articulating the area’s distinct character.

More details - including a series of engagement events - are available here: