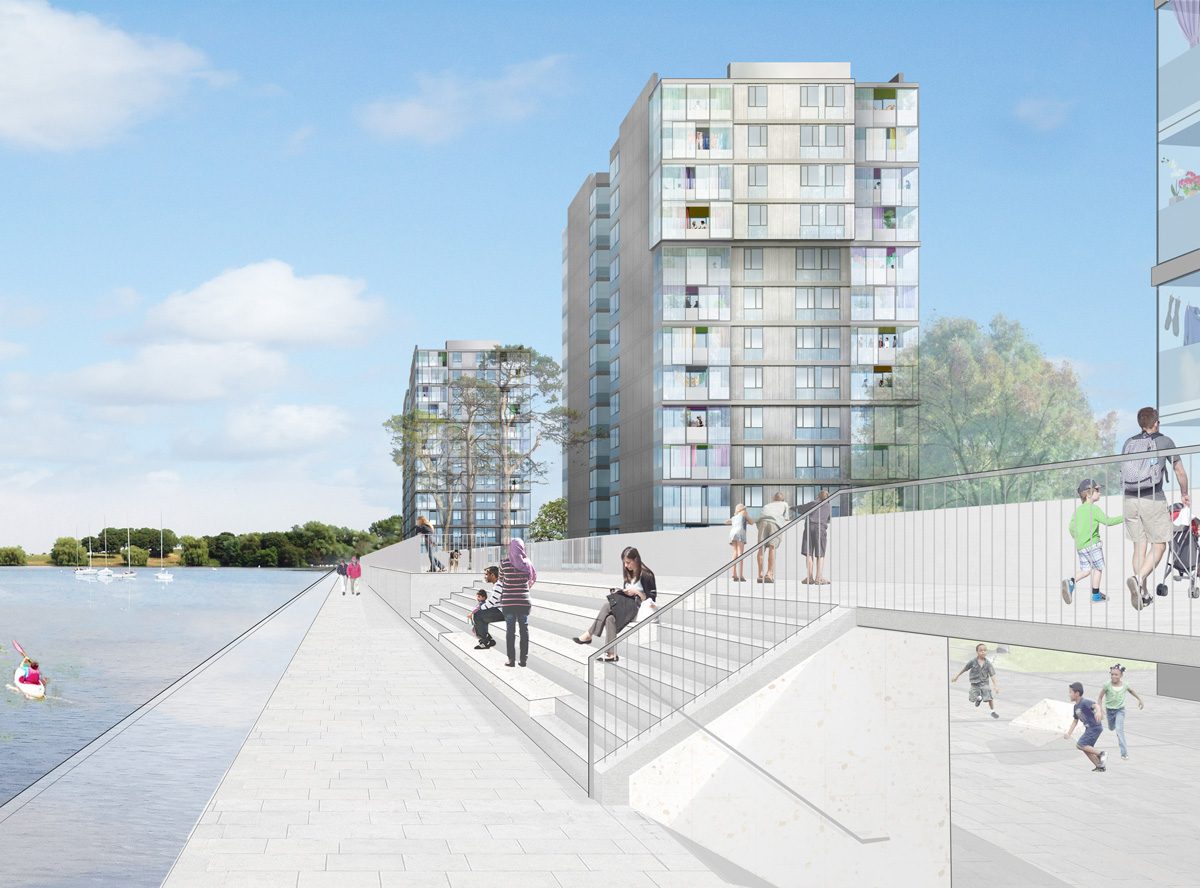 5th studio have been appointed by Peabody as architects for the transformation of thirteen towers at Thamesmead.

In parallel with the planned arrival of Crossrail, and the development of the new Housing Zone, this work forms a critical part of the Peabody Vision, re-casting Thamesmead as a new quarter for London.

The towers formed part of the original phase of the Thamesmead development in the early 1970s, and were built using a structural concrete panel system, prefabricated on site. The project will address both the character and the environmental performance of the towers.