5th Studio have developed proposals and secured planning permission for a major riverside site in Norwich. The residential development will deliver 41 units on a high profile site between the River Wensum, King Street and the Novi Sad pedestrian bridge.

The proposals comprise an ensemble of buildings which respond to the site’s contemporary urban condition and salient aspects of its history. The development will re-establish a lane which used to run between King Street and the River (Wickham’s Yard) – restoring the historic grain of the area, and delineating a narrow ‘burgage’ plot to the rear of the former Ferry Boat Inn which is occupied by a series of small-scale courtyard houses. 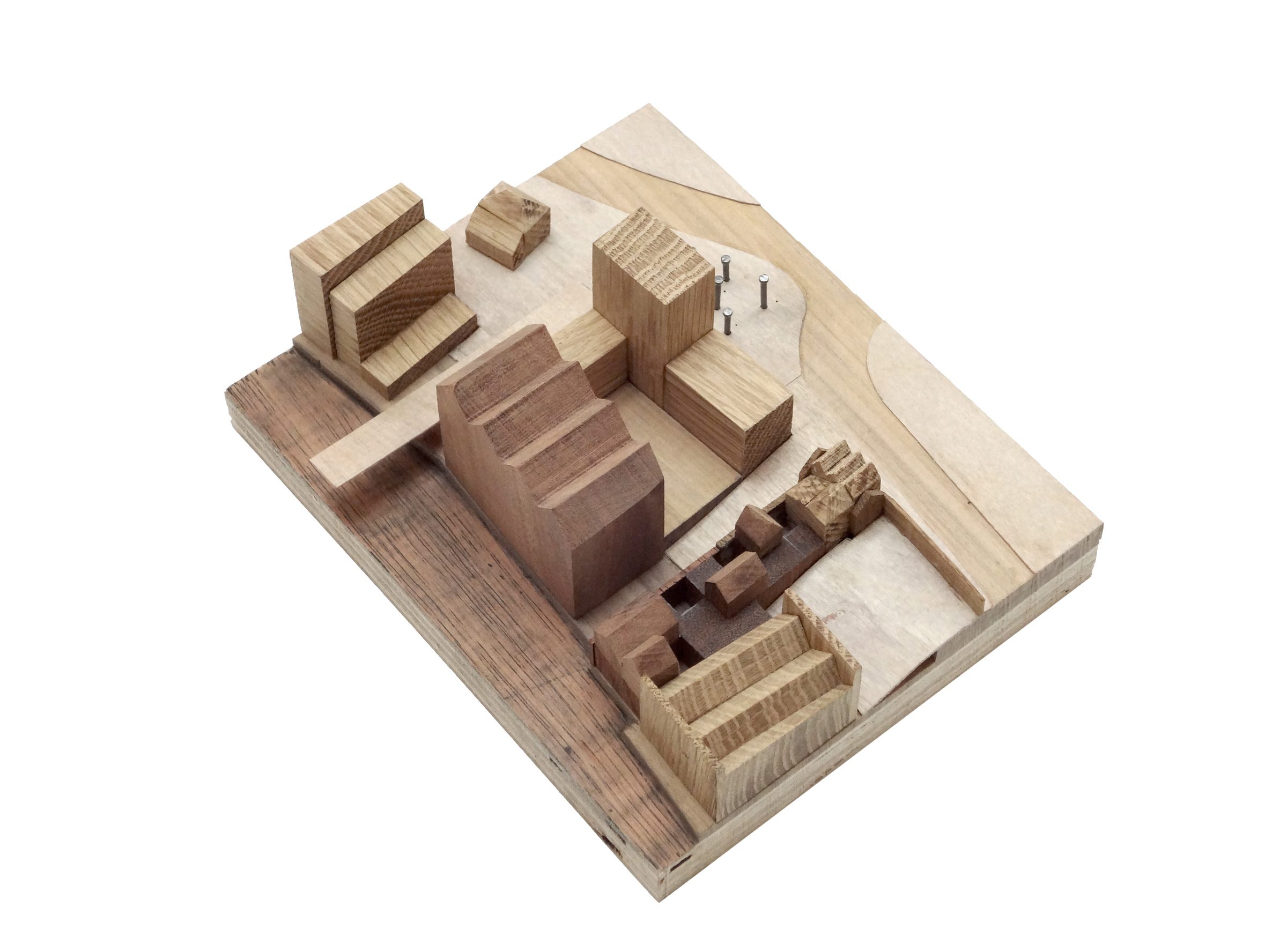 Physical model used to develop the site strategy. The careful approach to massing and the existing setting has enabled a significant development on a constrained and challenging site 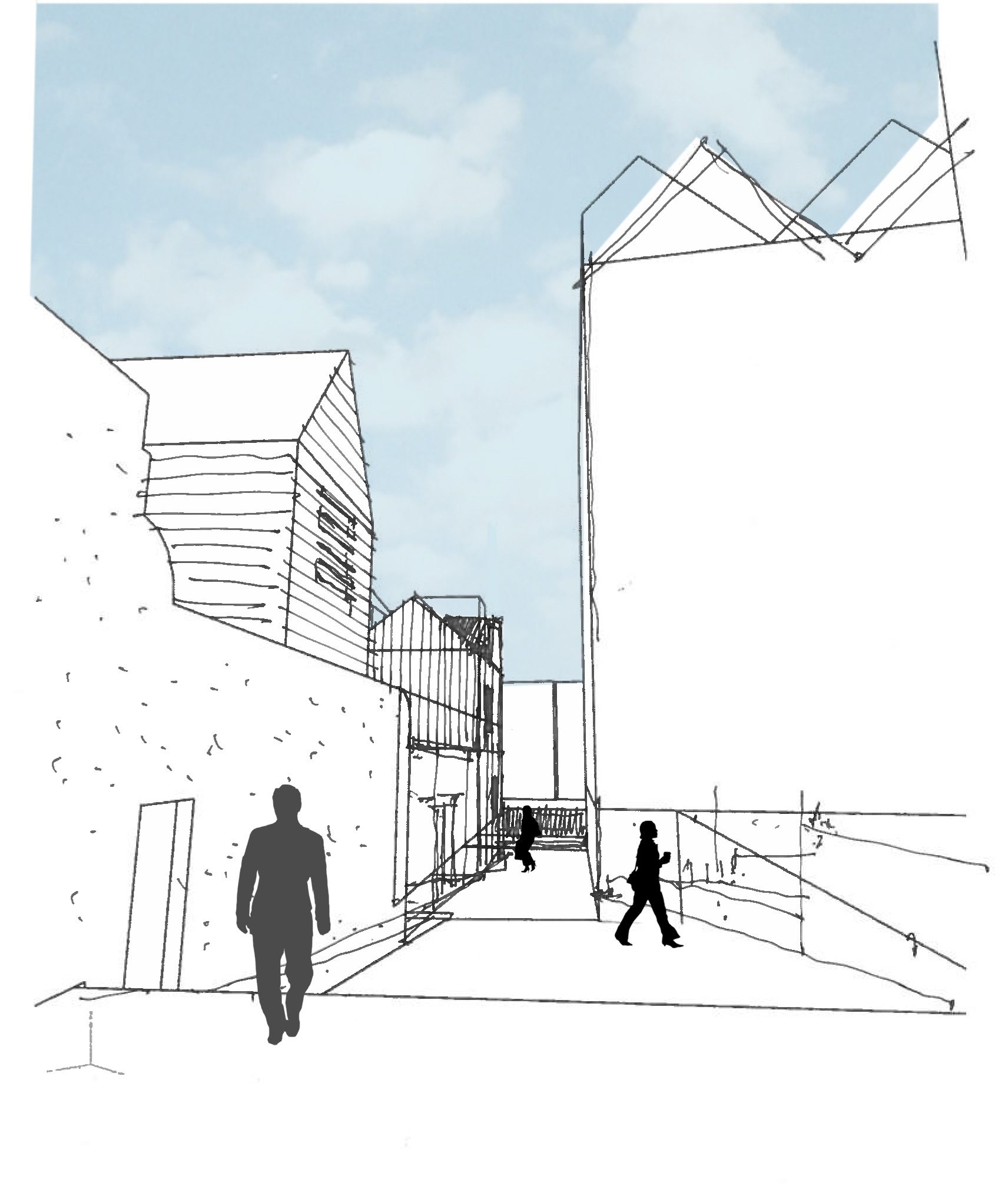 Further along the riverfront, a major riverside building forms part of a courtyard block. This frontage draws inspiration from the scale and character of industrial buildings along the river, and reimagines these characteristics as a contemporary apartment building. A taller block at the south-west corner of the site announces the position of the footbridge.

The scheme will deliver a series of associated public realm improvements - including a new river walkway along the bank of the Wensum, and landscape improvements to King Street. 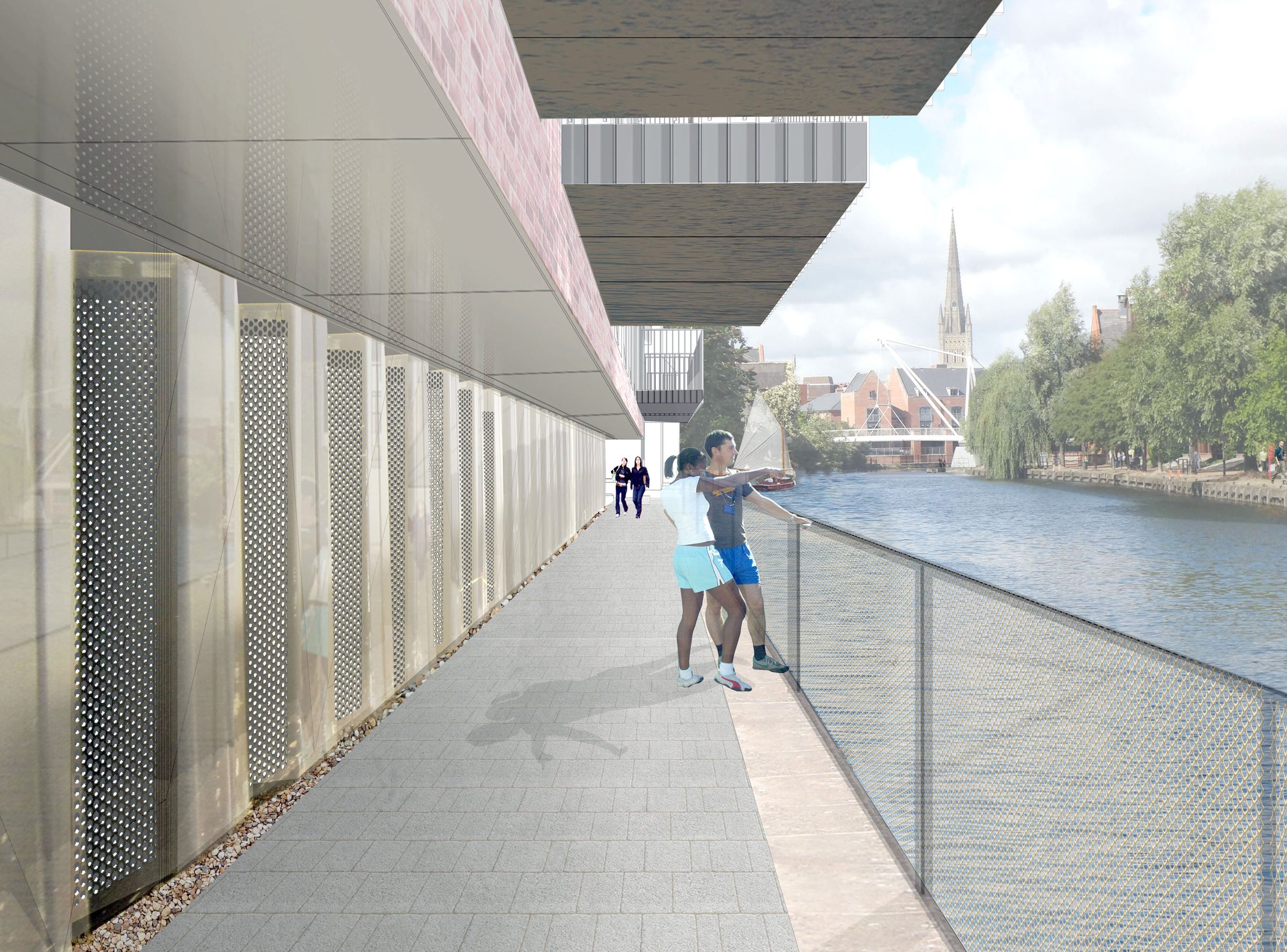 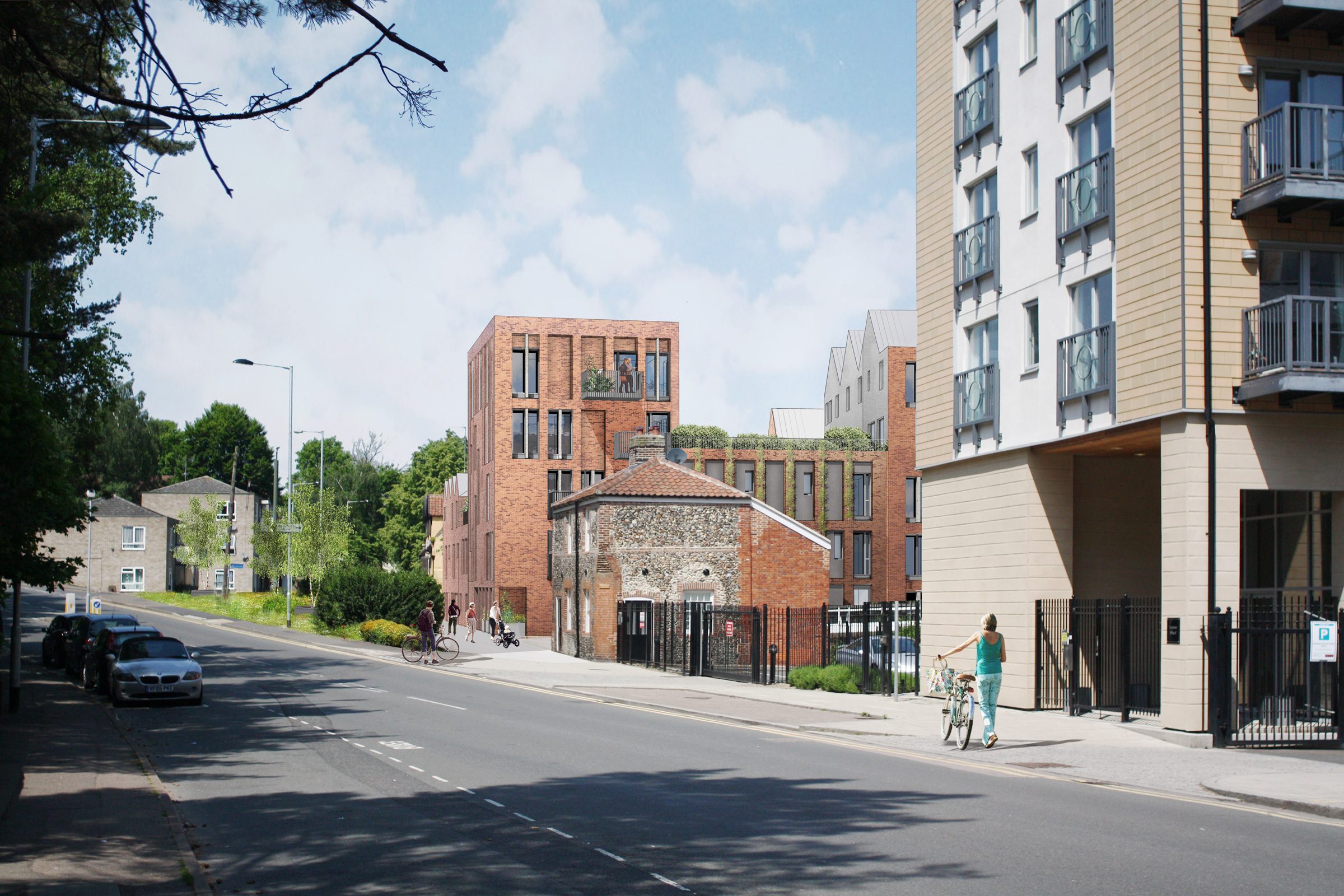 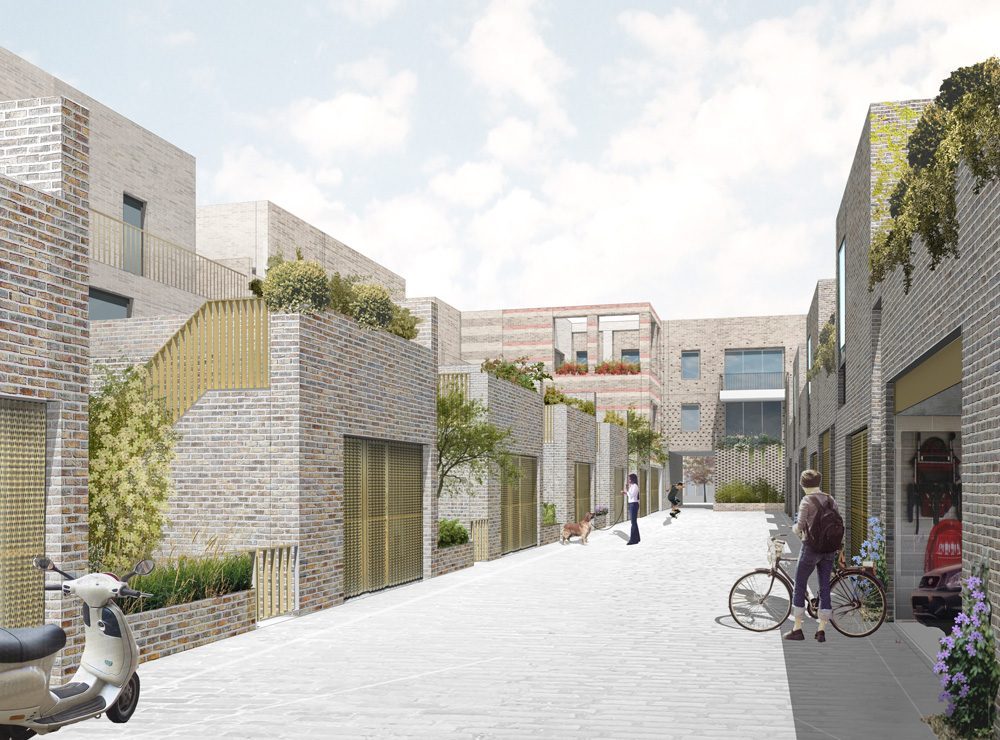 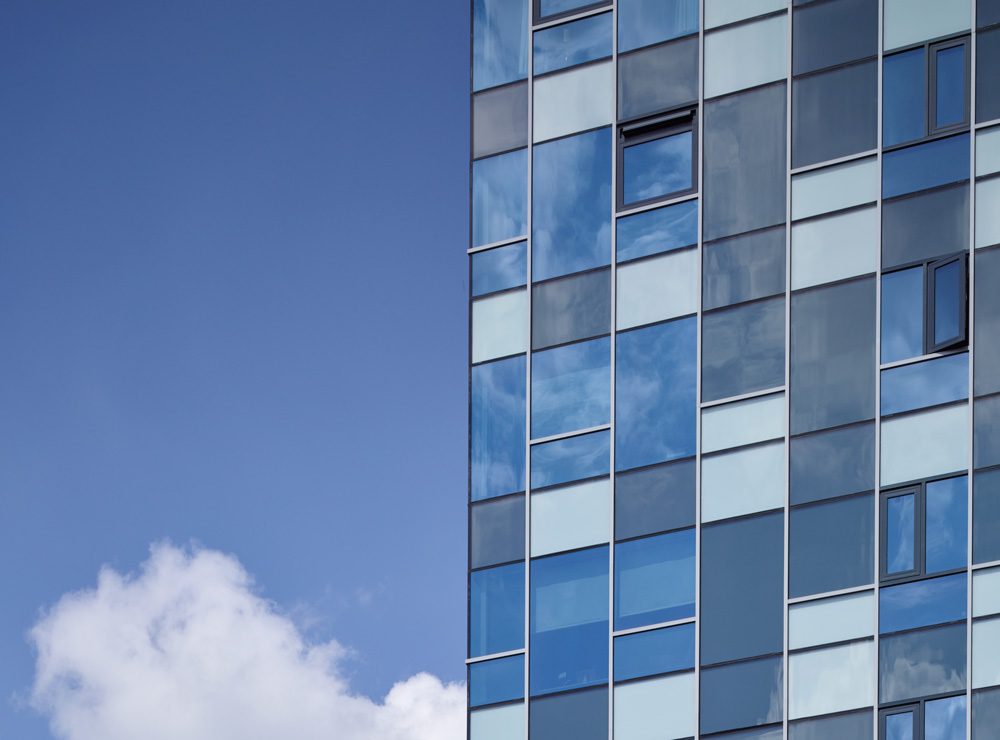 Redevelopment of the 11-storey Westlegate Tower, one of Norwich’s most high profile buildings, together with its immediate urban setting 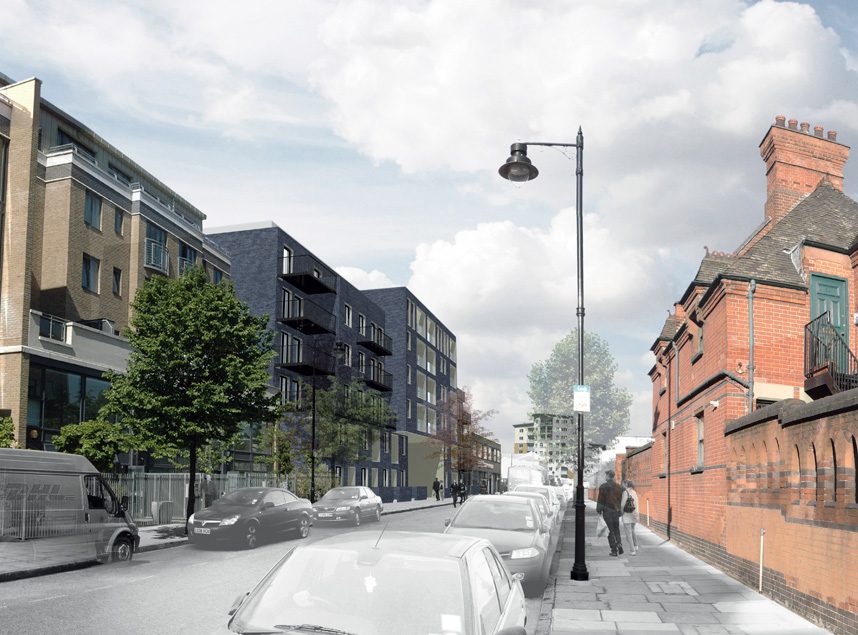